Get Data Get Action 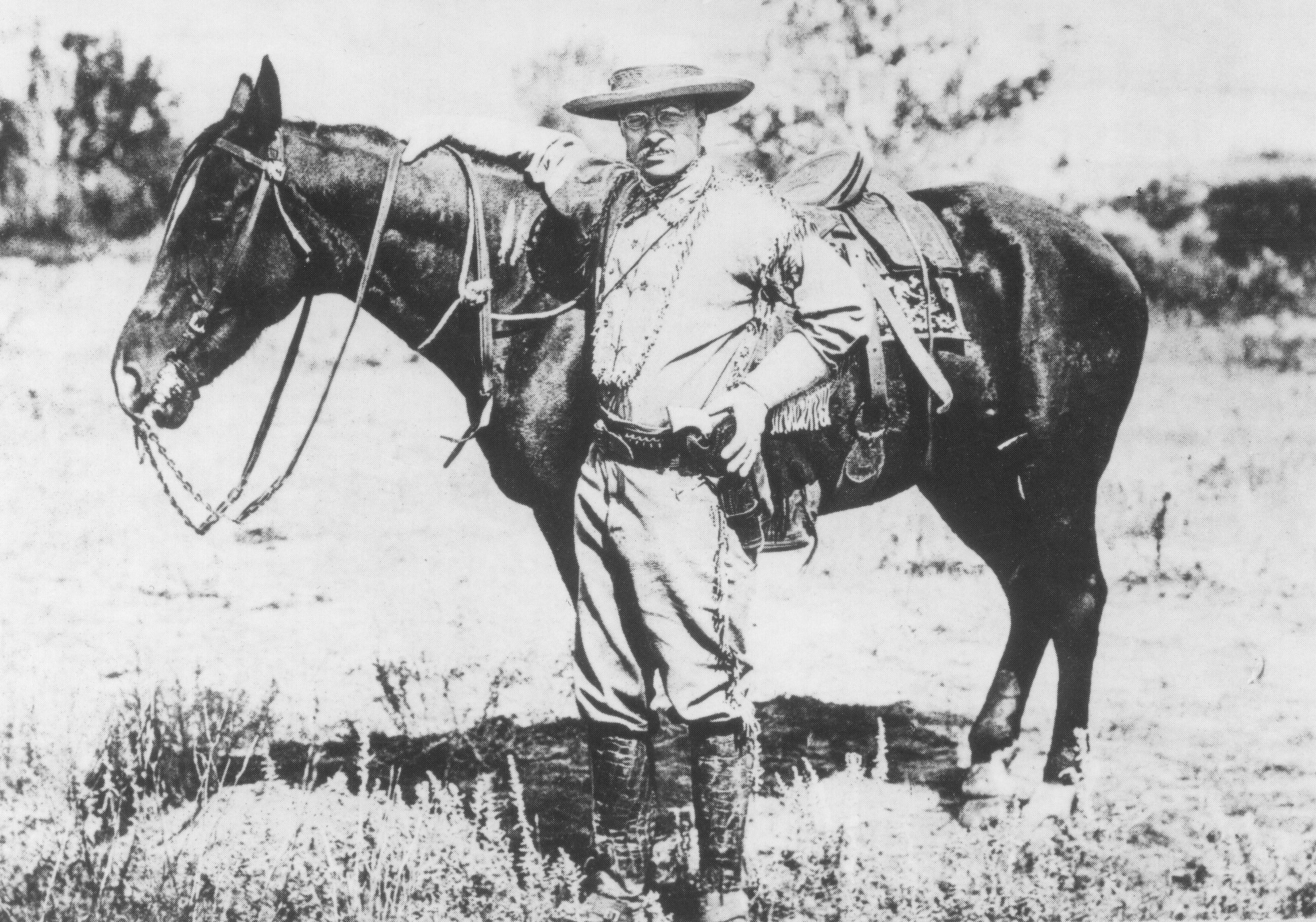 One of my favorite quotes is from Theodore Roosevelt:

“Get Action. Do things; be sane; don’t fritter away your time; create; act; take a place wherever you are and be somebody; get action.”

Modern historians speak of the Teddy Roosevelt as a giant among men: constantly in motion, seeking adventure, challenging himself, and pushing the limits of everything he did. His behavior was inspiring but not without its share of pitfalls: for as many great things Teddy did, he also made some terrible mistakes.

Today it’s a lot easier to find inspiration from the second Roosevelt to become president: FDR. He truly understood people, both domestically and around the world. He was thoughtful, knew when to take action, and most importantly knew when to stand still and let the world move around him.

In the world of 2017 we have a wealth of resources available to us. There’s almost nothing you can’t research, measure, and reason about. What would Teddy do with the data of 2017? How about FDR? It’s a fun thought experiment.

We don’t need to be POTUS to use data to our advantage. We also don’t need to commission million dollar studies, invest in complicated tools, or even have a strong understanding of mathematics or computers to make data work for us. The data we need is all around us, we simply need to observe and act.

Let’s walk through a problem that has a real solution using data that is already accessible to me. As you’ll see, this isn’t rocket science: just observe, consider, and act.

I get frustrated easily when I play multiplayer games. There, I said it. Not “punch the monitor” frustrated but… almost. Lately I’ve been playing a lot of Overwatch ranked. When I play multiplayer games, I enjoy having good communication and appreciate everyone on the team making a concerted effort to win. Unfortunately, as you already know, people.

In recent games, I’ve been making notes about what frustrates me. More often than not, it’s that the enemy team has a good Pharah and our team is unable or unwilling to counter her with say, a Soldier 76). What on earth do I do?

First, looking at my data, I know that I can play a decent Soldier 76:

It’s me, your Platinum Soldier 76.

Unfortunately I don’t play a lot of DPS in ranked. Somehow I’ve settled into the role of tanking and supporting. It’s fine. Am I playing heroes that counter Pharah? Incredibly no:

You’ve got to admire my blaster skills.

What can we do about this? I’ve been training up on Ana (who is has projectiles that can help finish off a Pharah), and playing more Zenyatta (who also has projectiles and a debuff that makes Pharah take more damage).

This isn’t a panacea. I’m not going to rise from Platinum to Master off this gem of a strat. This is simply me adapting my capabilities (aka improving) to address a problem. I still have to do the work by recognizing the situation and playing the right hero (not to mention improving on them), but it was data that made it possible to draw up a plan.

Over the past year or so I haven’t been sleeping very well. It wasn’t that I couldn’t fall asleep, or didn’t sleep for long enough, but rather that I’d still feel tired and sore in the morning. I suspect that the quality of my sleep wasn’t up to par.

Unfortunately, this was all very hard to quantify. I didn’t have great data, and it’s a hard problem to approach: I don’t always go to bed at the same time every night, and the things that could effect my sleep are so varied that it’s hard to apply the scientific method to the problem.

Turns out I haven’t traveled back in time: it’s still 2017. There are actual solutions that people have built to give you the data you need. Here’s me having a bad night of sleep: 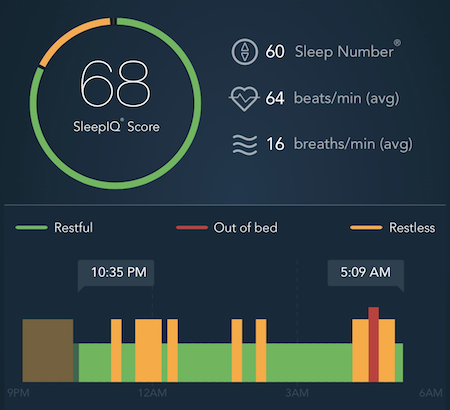 Don’t you just love waking up at 4am?

Having this data helps me in a few ways:

While it’s harder to fix your sleep than your play in a video game, I’ve managed to improve it significantly. I’ve been making an effort to stop drinking caffeine earlier in the day, plan time at the end of my day to relax, and even increased the firmness of the bed. It’s working: 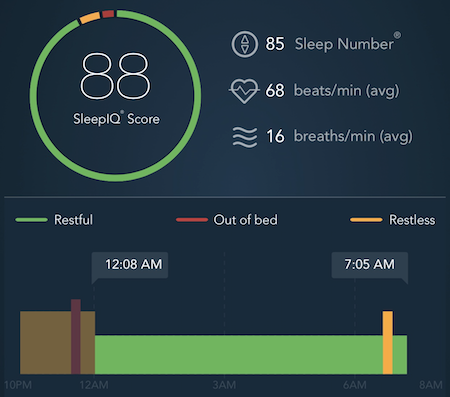 The green bar after the yellow blip might be my dog.

You already produce the data you need.

By now you can probably tell that I like computer games. I help run a company that makes it easier for gamers to improve, currently serving the Dota 2 and Overwatch communities. You probably won’t be surprised by the fact that we do this with data and statistics.

Where does data from computer games come from? I could talk for hours about fancy data pipelines, but to do so would be to lose the forest for the trees. It’s really quite simple: data comes from the players.

Hey, that’s you! You’re the player, like it or not.

Whether you’re playing computer games, working on a school or work project, hiking a mountain, doing chores around the house, or even just sleeping, you’re already generating the data you need. It’s 2017: we produce data by doing almost anything.

Your phone is recording where you are and what you’re doing. You might have a smartwatch keeping tabs on your distance walked and heartbeat. You’re constantly using apps, webpages, household devices, or other things that are connected and always-on. Almost everything you touch is recording data.

So… it’s not a question of whether or not the data exists. It’s a matter of how you’re going to access it and if so, what are you going to do with it?

Get Data, Get Action.